I first heard the term “bitsmith” in college in the early 1980’s. It was used to describe a particularly skilled programmer — one to whom creating software was an art, to whom quality was important, and who tried to find the most elegant solution to any programming problem. A bitsmith was a skilled craftsman whose medium was bits. 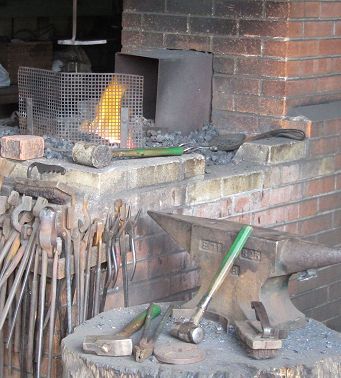 The “smith” part of the term, of course, is derived from the suffix describing skilled workers in various media, such as blacksmiths, silversmiths, goldsmiths, gunsmiths, wordsmiths, and tunesmiths.

The “bit” part of the term refers to the media being worked with — bits — the fundamental elements of software and data.

We chose this name for our software company in 1994 to reflect our commitment to creating quality software.

“Commit yourself to quality from day one… it is better to do nothing at all than to do something badly.” — Mark McCormack

Recent Redefinitions of the Term

I have been puzzled by recent redefinitions of the term “bitsmith” that I have seen on the Web. I’m always puzzled by people’s need to redefine terms that were already being used in another way. The English language is rich with possibilities to create new compound words.

They define the term as someone who is knowledgeable about computer tools and a team’s work content — not directly related to the traditional association of “smith” with craftsmen. Previously, the term “bitsmith” had nothing to do with hardware, only software. He works with bits, not circuits.

They define bitsmiths as working in a team, although by the traditional definition of bitsmith, they are as likely (perhaps more likely) to work well alone, like a fine craftsman.

They also say that this new definition of “bitsmith” takes “an idea from concept to implementation quickly”. However, in my experience, while bitsmiths are skilled at taking ideas to implementation, they tend to work more slowly and carefully than average programmers, because of their focus on quality.

Back to the Craftsman

I prefer the original image of a bitsmith as a skilled craftsman, using bits as a medium to create new works of art.

To see if Personal Knowbase is right for you, please download a fully-functional 30-day software trial.